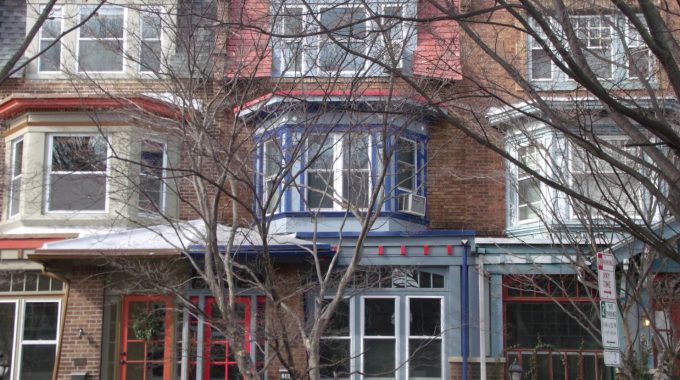 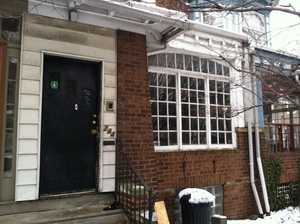 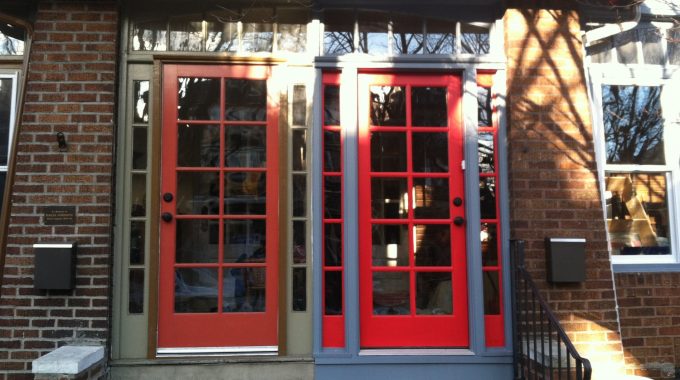 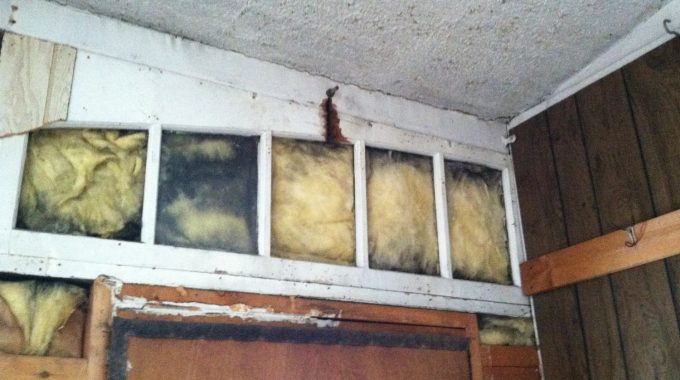 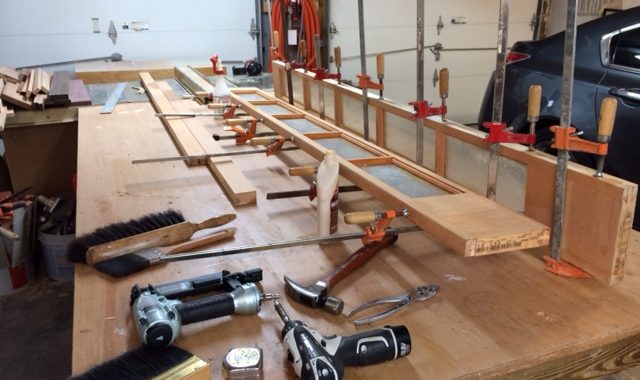 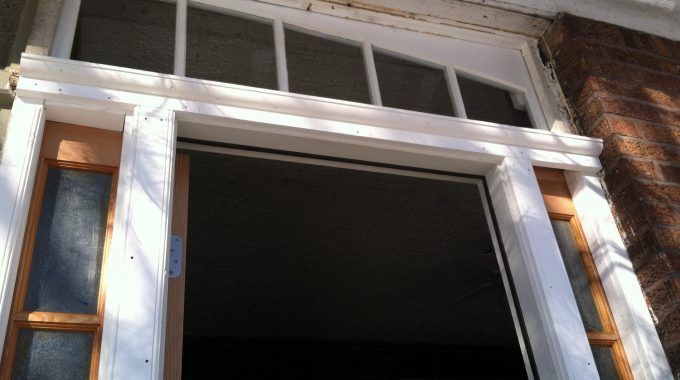 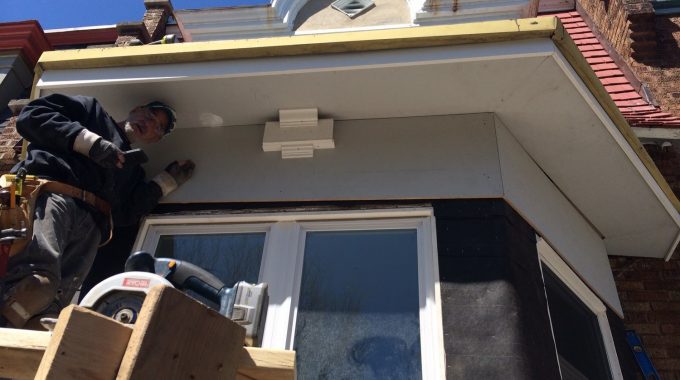 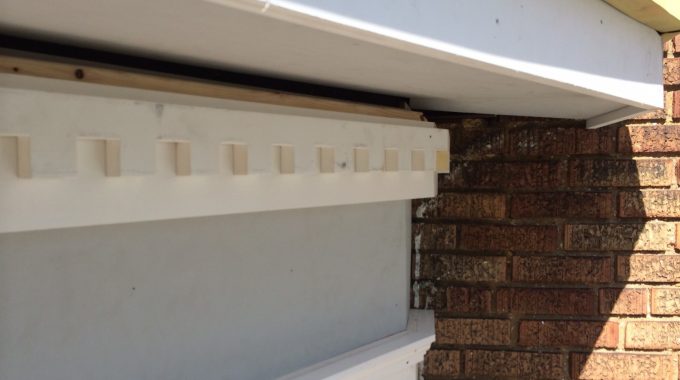 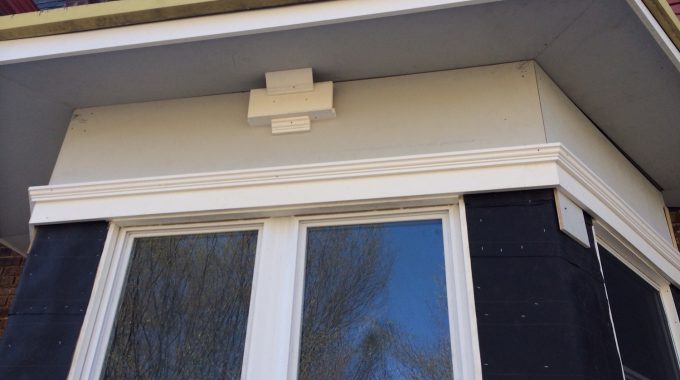 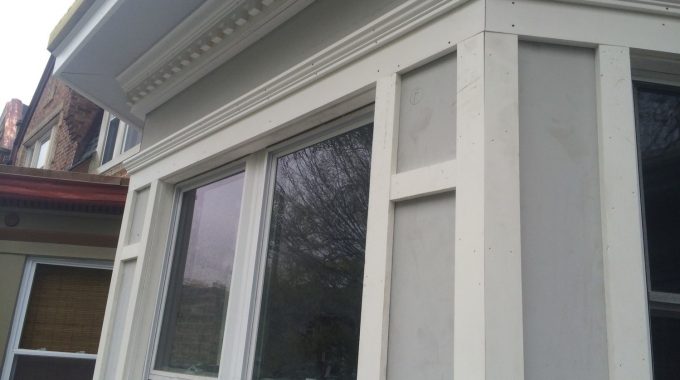 Our Bay Window & Restoration project won an award from a local historical society!

The neighborhoods that make up University City are Philadelphia’s oldest suburbs. Rural until the 1860’s, the “Street Car Suburb” expanded west from Center City with the introduction of electric trolley cars in the 1890s and soon became home to the city’s rich, who built elegant mansions across the Schuylkill River.

Many of the homes in Powelton Village, Cedar Park, and Woodland Terrace have maintained their hundred-year-old charms:  slate roofs, copper flashing, scalloped shingles, and gingerbread porches.

Our clients in the Spruce Hill neighborhood of University City had an entry door and bay window that were covered with aluminum siding. After some minor exploration, we discovered the original arched transom at the entry door was still intact, but the entry door sidelites and tin detailing at the bay window were missing.

The bay window was stripped and its original sheathing — all that was left after the siding was removed — was reinforced. We installed new advanced performance windows, a vapor barrier, new roof and window flashing, and high-quality waterproof signboard for cladding. The new PVC crown molding, dentils, horizontal and vertical trim pieces, and “White Rose of York” rosettes (our client is from the UK) matched other historic detailing on the block. The clients selected a bold paint scheme to finish off the project.

We carefully removed the arched transom from the site and rebuilt it in the shop. Then, we built new custom sidelites from a salvaged French door and installed them with a new period-appropriate, 10-lite entry door to match the neighbor’s entry way. (To the left is a time lapse video of Peter restoring the transom).

The project was recognized by the University City Historical society at an awards ceremony in February 2015. They appreciated our “efforts to improve the historic fabric of this exceptional neighborhood [and] honored these efforts with a 2014 Gift to the Street Award for the facade restoration and painting” at this 46th Street home. We won two other preservation awards at the ceremony as well.

The 2nd floor bay in this client’s master bedroom lacked a clear function with a cast-iron radiator... 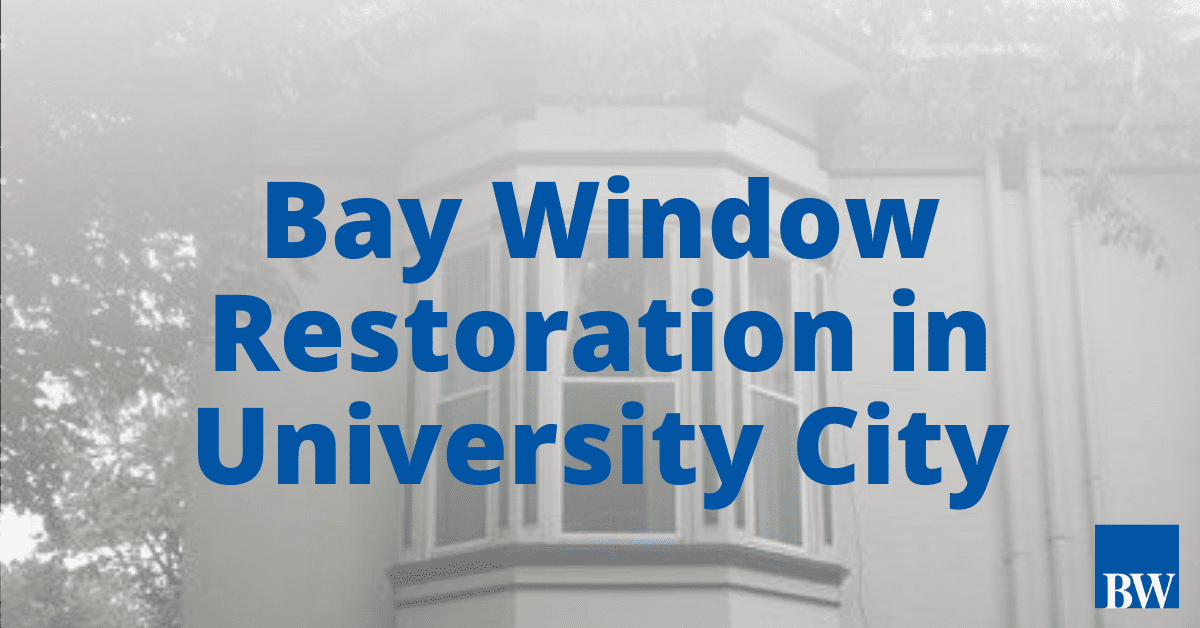 We’ve received a lot of calls this fall for weatherization work from clients eager to upgrade their...

For many years galley-style kitchens have been found on ships and trains, Philadelphia row houses,...